Unfortunately, previous owners of the apartment didn’t really take good care of the place. I don’t know about you, but when it comes to deep cleaning I don’t trust anyone with it but me. At least I know what I did then 🙂

My shower was a mess. Water wasn’t running properly. I saw this cleaning tip on Pinterest cleaning the shower head using vinegar and baking soda.

This is my shower before. 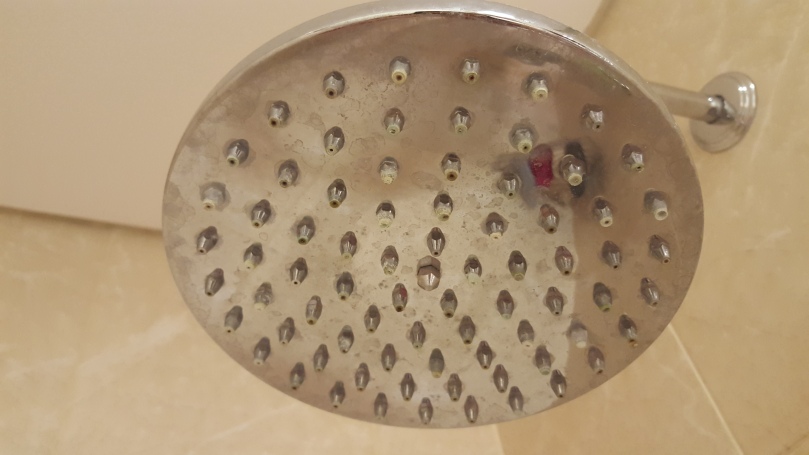 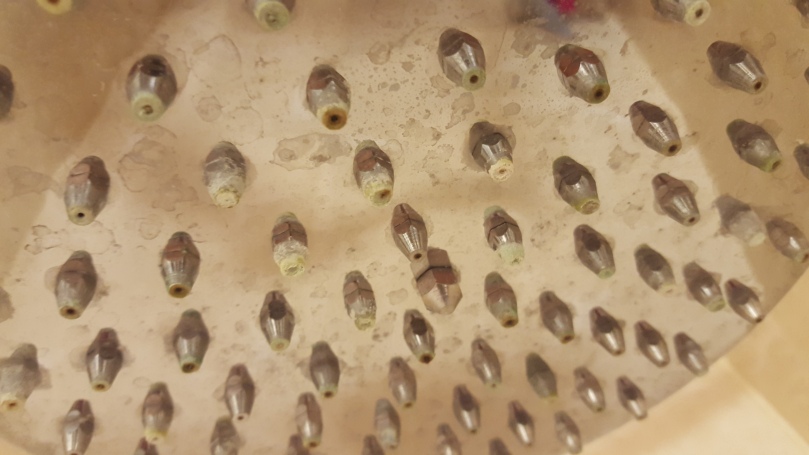 As you can see, pretty bad! Completely blocked!

This is the Pinterst How To with the link. 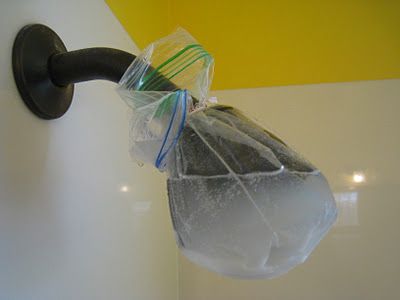 I followed the steps.

I mixed vinegar and baking soda in a bag and put it around the shower for 3-4 hours. You can leave it longer or over the night. 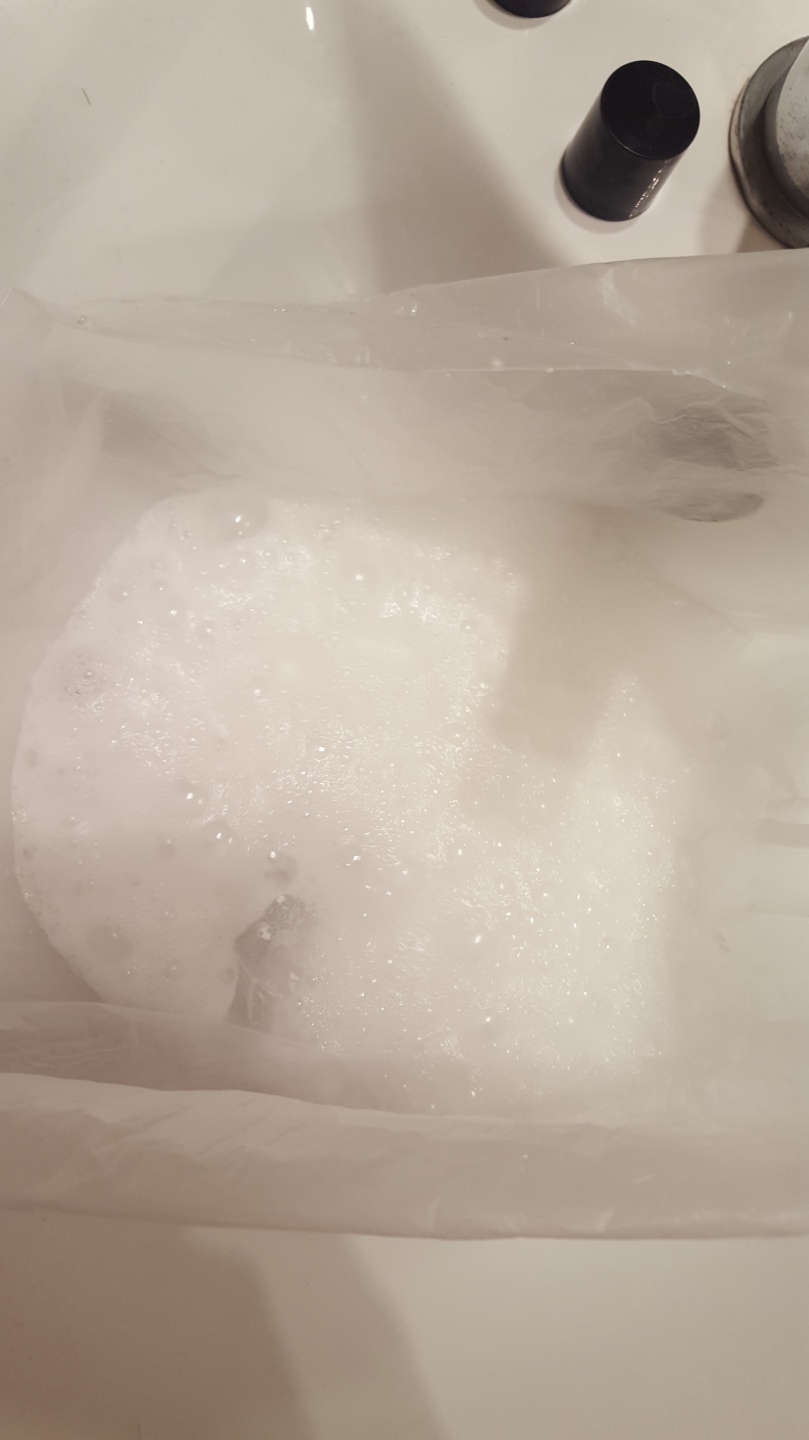 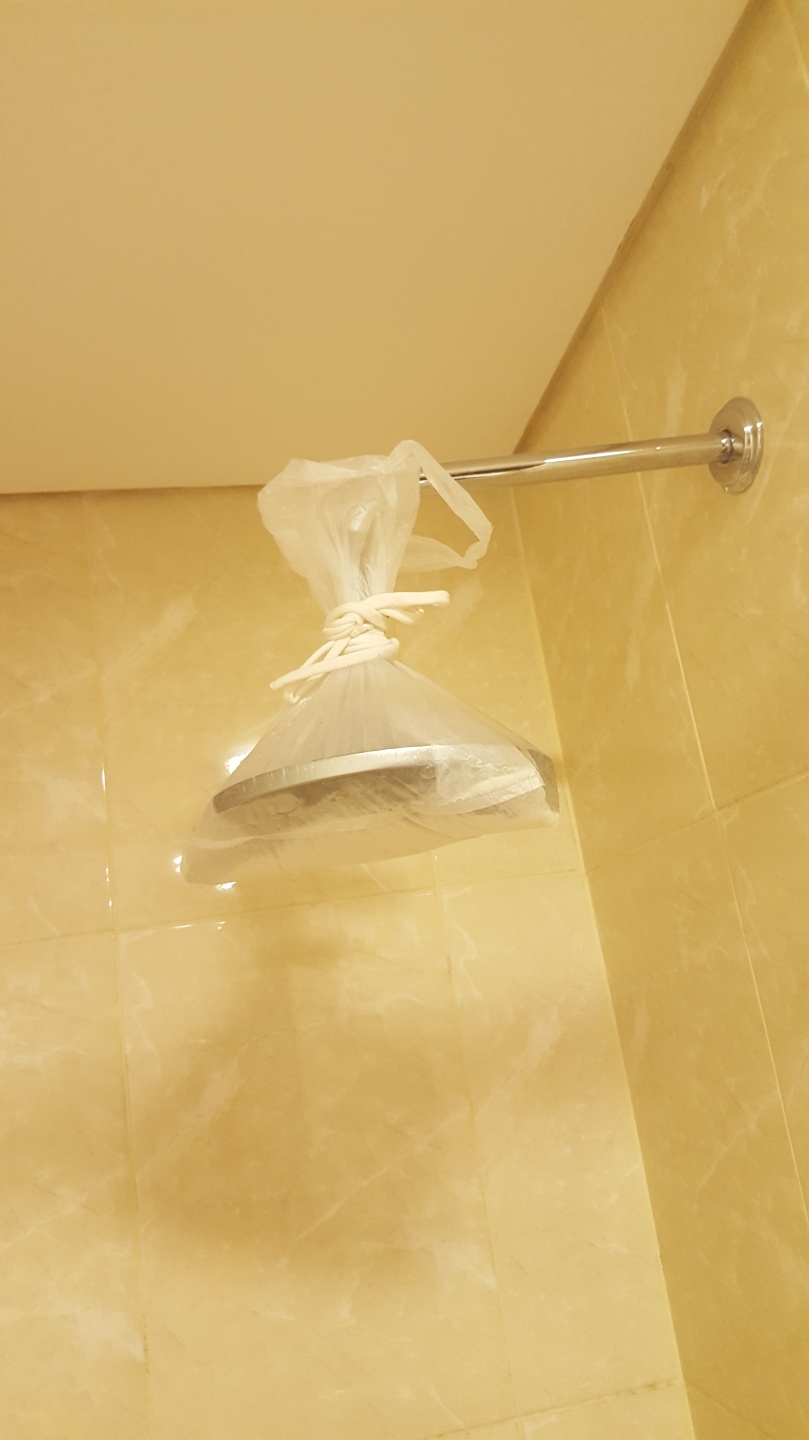 Tying it around the shower was a bit of a challenge because it is a big shower and I couldn’t position it quite right so the mixture covers whole of the shower, but I managed in the end.

This is the result. 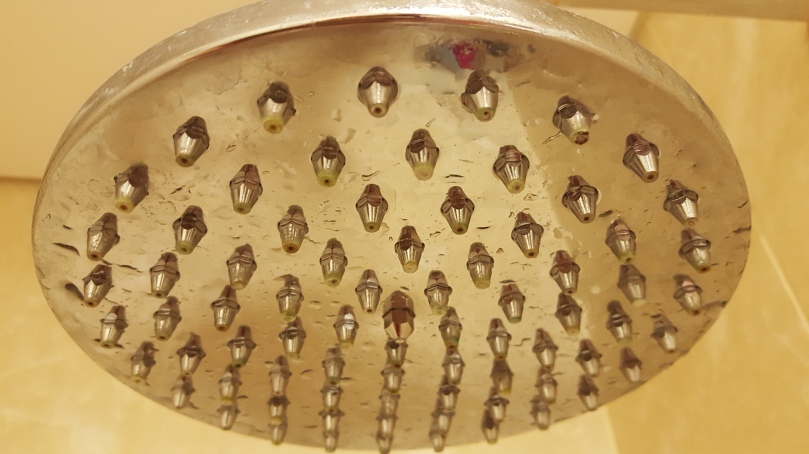 As you can see from the first picture, there is still some rust around. So I wasn’t very happy. But it has been like that for a long time, I know it cannot get cleaned just like that.

What I did was take a sewing needle and I had to punch a hole through every single nozzle. What I am happy about is that the solution softened the rust so It was easy to put the needle through. 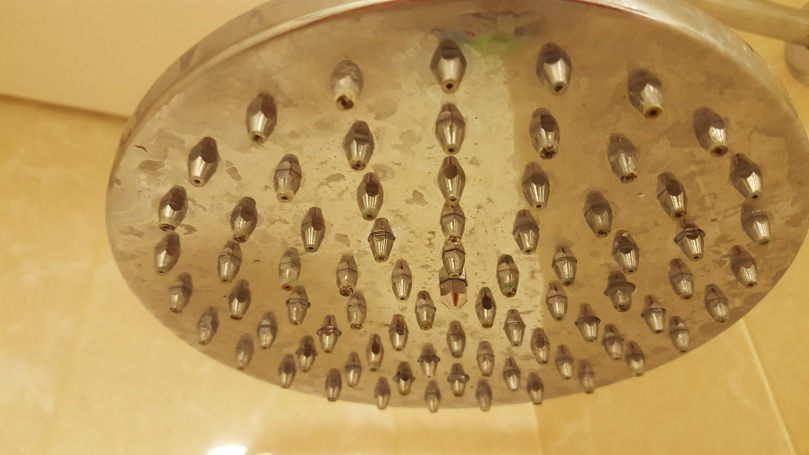 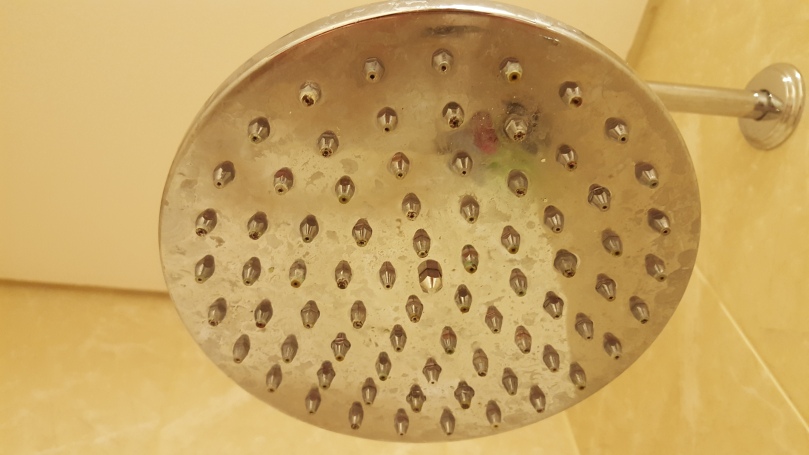 As you can see, the end result was pretty good. It’s not as good as I would like it to be, but at least water is running through every nozzle.

I wish I could take the shower head off, but I don’t have a ranch and I’ve never done it so I’d rather not do it alone for the first time.

What I think would work is if I put it in hot vinegar.

Leave a comment or some tip I could use! 🙂