There is a reason I’m extra happy today! It is Easter break for kids which means 8 days of no school! Lovely! 🙂 And just in time! I really do need a break from little voices going Teacher this, teacher that!

Since it’s such a nice and sunny day, I took a walk and window shopped a bit (that sound so weird, idk).

So I thought I would share a nice Croatian product today.

These sneakers are called Startas made by Borovo.

Borovo started with the manufacturing in 1931. Their first Startas were made in 1976 and they mere ment as shoes for playing table tennis, but they grew to be their best selling item all the way to the 1991 (if you’re wondering why that year exactly, there was a war in my country, but that’s a whole other story).

They were really popular in 70s and 80s. They lost their popularity for a while, but they did a rebrand a couple of years ago, put out some new ones and they are back in the game! As they should be! It’s always good to support products form your country and they are not only comfortable, but also nice looking.

Basically, they are canvas shoes. Similar to Converse except they don’t have the rubber part in front.

Here are some pics.

These with the swallows are the ones that caught my eye today! Aren’t they nice? Just for the spring time! 🙂 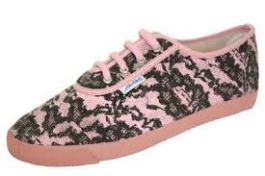 You can find them in all sorts of colours and fun designs! You can get them with or without a bow.

There are, of course, ones in basic colours (white, black and dark blue). A lot of girls started buying white ones and decorating them themselves which is also fun. 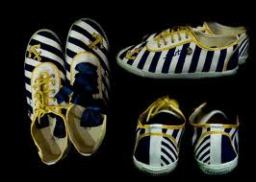 Then, there are also Borosane. The first ones were made in 1968 by a team of experts with dr. Branko Strinović, an orthopaedist. At that time, nobody really wore them except nurses. They have a really hard job and they are on their feet the whole day so they wore Borosane because they are really comfortable (after all, an orthopaedist designed them so they can’t be that bad for you, can they?).

They are also canvas shoes and they are cut out in the front for the toes and in the back where the heels is.

But, as I said, after the rebrand they gained in their popularity. I can’t say they are my favourite, but other girls like them. 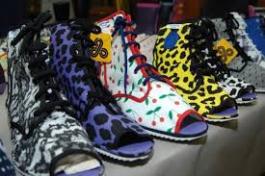 What do you think?

Which ones would you choose? 🙂